There was very extensive archaeological research prior to the construction, which carefully mapped the original buildings...

The Kotva department store originated in one of the most interesting places of Prague settlement. Before its construction, there was very extensive archaeological research which carefully mapped the original buildings. Thanks to this, we know that the oldest surviving building - the Romanesque church of St. Benedict from the 12th century - was definitely not the first one on this place, but provably built on already used land. It was a single-nave building with a semi-circular apse, occupying an area of just over 70 m2.

In addition to the foundation masonry of the Holy Benedictine Church, a variety of Old Prague houses were documented - especially the dugouts and half-dugouts and two opuk-bricked residential objects, presumably the remains of the backyard core.

In the second half of the 13th century, ie during the reign of Přemysl Otakar II, the Old Town fortifications and the construction of a knight's command were built, which was surrounded by a 1.2 meter high wall. During the Renaissance, the former church became part of an early Baroque church in a Premonstratensian university facility called the Norbertinum. St. Norbert church was abolished after the abolition of the dormitory in 1783 and the last structure was built on the property – the New Town Institute of Nobles, which was abolished in 1918. 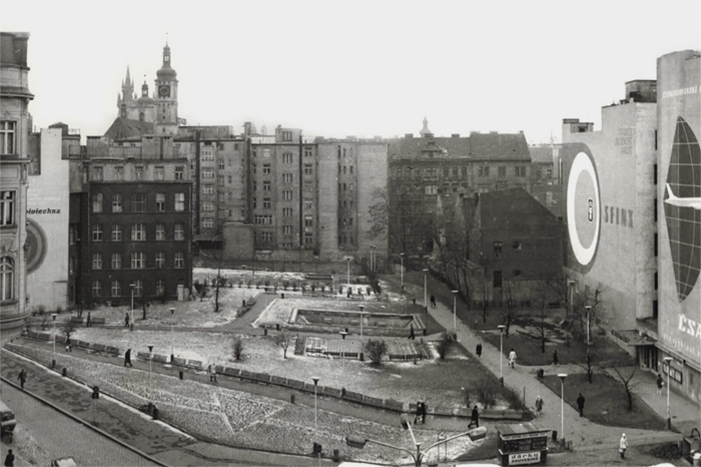 Kotva has been planned at the outset as an exhibition and premium department store...

Czechoslovakia was undergoing a fundamental transformation in consumer behaviour in the late 1960s and first half of the 1970s. Large cities - and, all the more painfully, Prague - began to struggle very quickly with an undersized and often wholly inadequate business network. As early as the 1960s, therefore, urban environment is gradually being revived - very often (albeit unacknowledged) according to Western urban designs.

At this time, the idea of building a Central Department Store in Prague was born, for which the location in Jindřišská Street in the area of Senovážné náměstí in the immediate proximity of Jindřišská Tower was not quite sensitively chosen. However, as it becomes apparent very early on that the plan will not be implemented within a reasonable timeframe, the land of the gap in Revoluční Street near Republic Square was chosen.

Kotva has been planned from the beginning as an exhibition and premium department store. Its concept is not only to be ranked first in the domestic sales network, but also to attract itself worldwide - at the time of construction, it is even the 5th largest department store in Europe. And it works. Thanks to a quality architectural solution that must respect the character of historic buildings, even in confined spaces, it is possible to build a building with breathtaking parameters. 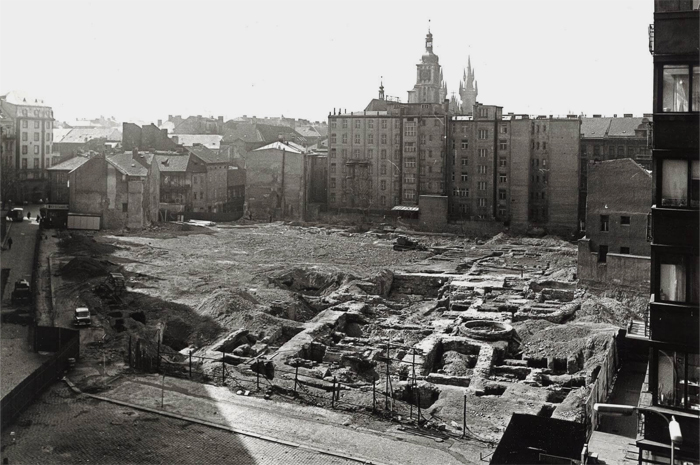 The Kotva department store is still considered one of Prague's most prominent building. A competition was announced for its implementation – won by Mr and Mrs Machonin and their Atelier Alpha. The winning concept of the department store as a spatial structure of connected hexagonal prisms, which the Machonins managed to maintain until implementation, was the result of an effort to smash the massive volume of the house resulting from the scope of the program required by the investor. Thanks to its rugged form, the building of the future Kotva could better adapt to the plot’s irregular shape and limited dimensions, while responding to the context of the surrounding historical environment.

The combination of individual honeycomb structures, whose compositional module is a reinforced concrete mounted column with oblique struts supporting a hexagonal-shaped ceiling plate, had one other substantial advantage, according to Vera Machonin – allowing the authors to achieve a 14.2m split of the structure, limiting the number of vertical supports. At the same time it has been achieved a minimum design height for the individual floors and it was able to use the site effectively while keeping the height level of the surrounding structure.

Other elements of the load-bearing structure were made as reinforced concrete monolithic into the steel formwork. The building shell was designed from panels with an outer layer of dark anodized aluminum sheet. Part of the modules in the front of the side facing to Republic Square were glazed with large-format thermal glass. The realisation of the building, which took place in 1972-75 and which speed was otherwise unattainable under domestic conditions, was entrusted to the Swedish company SIAB.

Despite the timeless solution of the entire structure, it was clear after the revolution that the department store would sooner or later need not only a general refurbishment, but also a reconstruction of the entire business and sales model.

The reconstruction, which started not long after, approached the building with the utmost respect and was consulted with the author of the whole work. This, too, has succeeded not only in preserving but also in restoring the most important architectural elements. The entire reconstruction has cost about 100 million crowns so far.

With the advent of the twenty-first century, the reconstruction also brought the necessary change in the concept of the building - according to the best foreign models. The Kotva department store is not only a department store, but a distinctive part of the city. It will serve everyone who is in the locality – and it does not have to be just shopping. In Kotva you will find one of the best car parks in the historical centre itself, a café and stylish restaurants with views and a club. 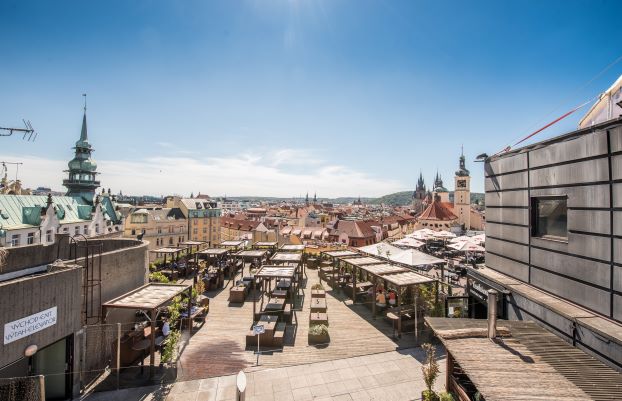 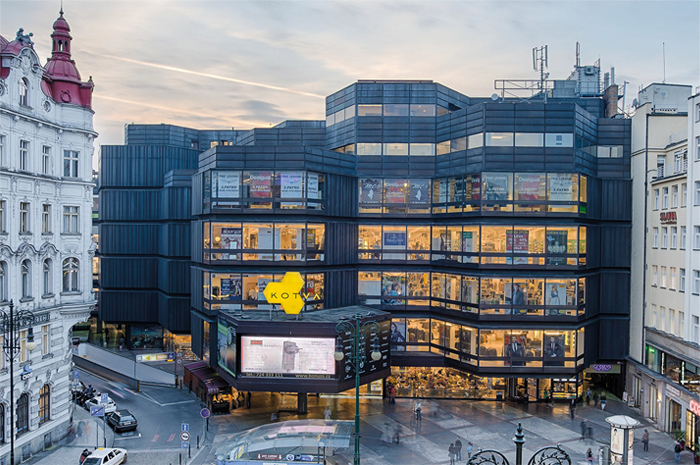